A Day In The Life: April Foolsâ Day, The HR Manager, And The Friday Afternoon Call 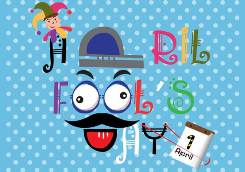 Last month we presented the first winner of The Bullard Edge’s first annual “workplace fiction” contest.  This week we are pleased to present the runner-up storyette (under 1000 words).  Join HR Manager Glen as he tries to navigate a Friday afternoon in this April Fools’ Day themed entry.  At every turn, things that you might expect to happen, do not.  Enjoy. 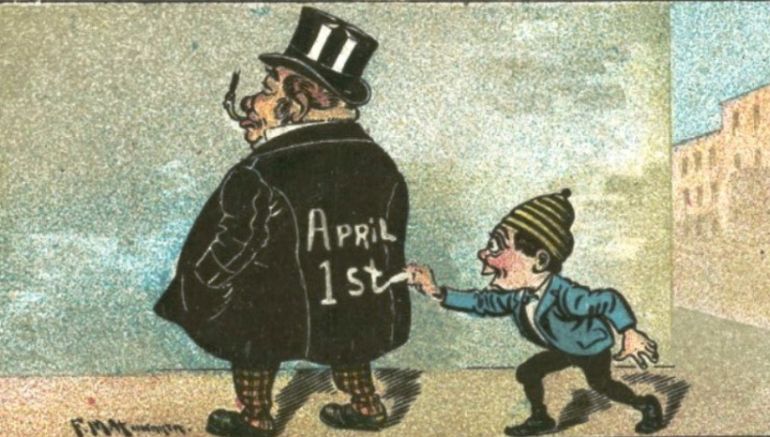 Hanging up the phone, Glen had to chuckle.  Travis really killed him sometimes during their weekly calls.  The business manager for the Muckrakers Union always has a colorful point of view and regales Glen with tales wrapped in a Tennessee twang.

Today was no different.  According to Travis, another local company, which he did not want to name (although he named it ~ Mid-Town Corkscrews), had fired an employee for “whining” to co-workers about compensation.  As if that wasn’t bad enough, the company flat-out ignored the due process requirements in the collective bargaining agreement negotiated just last year.  Mid-Town Corkscrews gave its employee no notice of the reasons for termination before letting her go with no opportunity to respond.  Travis told Glen he was trying to figure out what to wear to the arbitration.

Glen knew Travis meant business.  He met Travis two years ago when Travis “tried” to unionize Glen’s employer, PiC Printing.  In the mail, Glen had received a letter signed by Travis on behalf of Muckrakers Local 13.  The letter indicated that the union had obtained “expressions of willingness to sign Authorization Cards” from a majority of PiC’s printing trades employees.  The strange phrasing had mystified Glen.  “Either the union has authorization cards or it doesn’t,” he remembered thinking.  “Willingness to sign” meant nothing to him.

As it turned out, though, Travis meant what he said.  Over the next several months Glen got to know Travis; he seemed genuinely interested in learning whether PiC employees needed a union.  They discussed compensation practices, benefits, personnel policies, promotion opportunities, and discipline, among other things.  At the end of it, Travis informed PiC, in writing, that Muckrakers Local 13 saw no need to pursue recognition at that time.

Glen had been in HR for 27 years and had dealt with unions for at least half of that time.  Never had he encountered a union business representative who seemed more interested in what is good for employees than in notching another CBA.  After getting that second letter from Travis, Glen had gone home and reported to his 7-year old daughter that “unicorns are real.”

Glancing at the clock, Glen noted that the week was almost over.  Friday afternoon at 4:15 PM; just 15 minutes to go and Glen would be on his way to a much anticipated three-day trip to the coast with his family.  As he stared at the clock he focused on the PiC Printing logo ~ a pencil-drawn image of a boy holding his hands to his ears and shouting, apparently trying not to hear something.

The company name is PiC Printing and PiC stands for Politically Incorrect.  PiC prints the stuff that other businesses do not want to touch.  For example, there are textbooks regarding social media that are replete with offensive words and images.  At times, the printing room can be like a George Carlin routine on steroids.  That is the work environment; it is just filled with hateful words and images.  Fortunately, the company had a strong harassment policy that told employees hateful words, images and actions in the workplace would not be tolerated.  (Kind of a “do as I say, not as I do” policy, if you will.)

As Glen started to pack his computer bag the telephone rang.  The LCD display screen read “Nadine/Production.”  Nadine is the Floor Manager in the printing room and today was the first day of Etymology of Hate Images, a particularly graphic textbook.  Picking up the receiver, Glen wondered if this might be the dreaded Friday afternoon call to HR.

“Yeah?” Glen gently encouraged her to continue while he started to sweat.

“Geno was formatting one of the sections and got into a bit of an argument with Roberta.  It is her first day back from cancer treatment, you know.”  Glen did not know that.

“What were they arguing about?” Glen asked as he braced for the worst.

“Apparently Geno thought that ‘potato’ was misspelled and wanted to halt production but Roberta said it was correct and insisted they continue.”

“What?” Glen resisted the urge to ask how a potato fits into hate images and continued.  “So was there a fight?  Did Geno or Roberta or someone else break a rule?”

“Because you are calling me on Friday afternoon and telling me there was an issue.”

“There was an issue,” Nadine assured Glen.  “They were both tired and reading this text is mentally exhausting.  However, I wanted to let you know that both Geno and Roberta remembered what you said about conflict resolution during training in December.  They worked out the issue ~ by the way they were both wrong ~ and all is good here.”

“Just have a great trip.  We’ll see you next week.”

Glen collapsed into his chair.  He looked at the clock.  “4:25,” it read.  Glen decided to leave five minutes early.  Friday afternoon good news had worn him out.