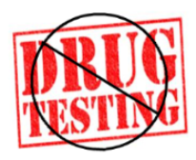 OSHA, OSHA, OSHA.  The acronym stands for the Occupational Safety and Health Administration and the agency’s specific purpose is “to assure safe and healthful working conditions for working men and women by setting and enforcing standards and by providing training, outreach, education and assistance.”  Despite this, OSHA’s dangerous new (and temporarily delayed) post-accident drug testing rule clearly shows that the agency has lost its way.  After setting the cultural stage, we will discuss the rule and make six practical observations.

Before we discuss OSHA’s new tone-deaf rule, let’s take a look at the pot landscape.

From the Pacific (California) to the Atlantic (Maine) and throughout the middle (Arizona, Montana and North Dakota), the United States is engulfed in the hazy promise of legal recreational and medical marijuana.  Nine states have marijuana-related ballot measures next month.  That is in addition to the 25 states that already have some form of legalized marijuana.

The point is that pot is everywhere.  It is all around us and it is not going away.  “A record high 60 percent of American adults support legalization of marijuana” (pun in the original), according to a recent Gallup poll.

More public support for legalization, combined with more states in which marijuana is legal, means that there is going to be more marijuana use.  The stats do not lie.  In Oregon legal recreational marijuana industry sales have already hit $160,000,000 for the 2016 calendar year.  Similarly, for the most recently ended fiscal years, marijuana-related tax revenue hit $129 million in Colorado and $220 million in Washington.

People are using marijuana.  By extension, those people who are purchasing marijuana are likely working for a living, which brings marijuana into the workplace in a big way.

Advocates and opponents each have their arguments regarding the safety of such increased medical and recreational use of marijuana.  On the one hand, pro-legalization NORML argues that marijuana should be legal for responsible recreational use and for medical treatment.

This is not a universally shared point of view.  OSHA has said, for example, that marijuana impacts mental functioning, including by diminishing concentration, delaying decision-making, impairing short-term memory, making cognitive functioning erratic, and distorting time estimations.  Last week the American Automobile Association offered statistics that confirm OSHA’s statement: “The AAA Foundation for Traffic Safety found that the proportion of drivers involved in fatal crashes who had recently used marijuana more than doubled after Washington legalized the drug for recreational use.”

Naturally, given this foggy mist of marijuana, which OSHA itself describes as negatively impacting workplace safety, OSHA decided that as part of its mission it should issue new regulations that might assure safe and healthful working conditions.  Thus, on May 12, 2016 OSHA published a modestly titled final rule called Improve Tracking of Workplace Injuries and Illnesses that the agency said “will improve safety for workers across the country.”

In all fairness to OSHA, there may be aspects of this rule that will improve workplace safety.  However, that does not appear to be universally true.  In particular, we are going to focus on 29 CFR 1904.35(b), which OSHA describes as an “anti-retaliation” provision.  This is where OSHA has buried its new post-accident drug testing rule.

§ 1904.35 Employee involvement.
(b) Implementation—(1) What must I do to make sure that employees report work-related injuries and illnesses to me?

(i) You must establish a reasonable procedure for employees to report work-related injuries and illnesses promptly and accurately.  A procedure is not reasonable if it would deter or discourage a reasonable employee from accurately reporting a workplace injury or illness;

(ii) You must inform each employee of your procedure for reporting work-related injuries and illnesses;

(iv) You must not discharge or in any manner discriminate against any employee for reporting a work-related injury or illness.

(1)   the employee is involved in the accident;
(2)   drug use is likely to have contributed to the incident; and
(3)   the test is capable of determining actual impairment rather than recency of use.

Here is a relevant excerpt from OSHA’s comments.

Commenters also pointed to policies mandating automatic post-injury drug testing as a form of adverse action that can discourage reporting. See, e.g., Exs. 1675, 1695.  Although drug testing of employees may be a reasonable workplace policy in some situations, it is often perceived as an invasion of privacy, so if an injury or illness is very unlikely to have been caused by employee drug use, or if the method of drug testing does not identify impairment but only use at some time in the recent past, requiring the employee to be drug tested may inappropriately deter reporting.

Some commenters stated their belief that drug testing of employees is important for a safe workplace; some expressed concern that OSHA planned a wholesale ban on drug testing (Exs. 1667, 1674). To the contrary, this final rule does not ban drug testing of employees.  However, the final rule does prohibit employers from using drug testing (or the threat of drug testing) as a form of adverse action against employees who report injuries or illnesses.  To strike the appropriate balance here, drug testing policies should limit post-incident testing to situations in which employee drug use is likely to have contributed to the incident, and for which the drug test can accurately identify impairment caused by drug use.  *  *  *  * Employers need not specifically suspect drug use before testing, but there should be a reasonable possibility that drug use by the reporting employee was a contributing factor to the reported injury or illness in order for an employer to require drug testing. In addition, drug testing that is designed in a way that may be perceived as punitive or embarrassing to the employee is likely to deter injury reporting.

The Bullard Edge is aghast at the audacious emptiness of this rule and OSHA’s explanation for it.  We offer these six observations.

First, the fact that medical and personal use marijuana is legal in many states does not mean that employers must change their drug policies.  For example, in Oregon and Washington the law is clear: an employer may adopt a drug policy that prohibits marijuana and need not modify that policy to accommodate a medical marijuana user or an employee using marijuana consistent with state personal use laws.

Fourth, OSHA places too much weight on misguided notions of privacy.  In its comments, OSHA states that drug testing of employees “is often perceived as an invasion of privacy”.  That is an absolutely hollow sentiment.  If an employer has a policy that prohibits marijuana on the job, an employee has no right of privacy in his or her violation of that policy.

Fifth, OSHA’s enforcement of this rule has been delayed … again … until December 1, 2016.  The rule went into effect on August 10, 2016, but enforcement was delayed until November 1, 2016 “to allow time for additional outreach to the regulated community.”  This was OSHA’s way of saying that the rule is the subject of a lawsuit.  The court in the lawsuit “invited” OSHA to further delay enforcement, which prompted the agency to announce a second delay earlier this week.

Sixth, at present, employers ought to prepare as if OSHA’s post-accident testing rule will begin to be enforced on December 1, 2016.  Employers should be ready to inform employees of the new rule; there is an OSHA poster for this purpose.  Employers also ought to consider reviewing their policies and practice related to post-accident drug testing, identify any needed changes, and be ready to implement those changes.