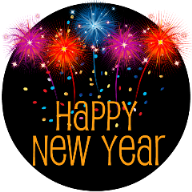 Before the ball drop ushers us into 2016, The Bullard Edge is taking a moment to look backwards to the blog year that was.  We covered a number of big topics this year ~ from marijuana in the workplace to reasonable accommodation of disability to enforcement agencies losing focus.  You read them all and we appreciate that.

Top 10 Posts Of The Year

After OFCCP released a new "training" tool ~ the "Requesting a Reasonable Accommodation" pocket card ~ that it said will help applicants and employees to better understand how to request reasonable accommodation, The Bullard Edge reviewed the contents of the card, identified its shortcomings and looked at it in the big picture of OFCCP compliance efforts.

#9   ET Phone HomeCo: When It Comes To Telecommuting, Don’t Phone It In

We live in days of marvels.  The idea of a brick and mortar workplace is being challenged by technology (Exhibit A ~ telesurgery).  In light of these breakthroughs, and given that telecommuting can be a form of reasonable accommodation under the ADA and similar state laws, The Bullard Edge looked at the state of the law and best practices for employers when responding to employee requests to telecommute as an accommodation for a disability.

#8   Fictional Mailbag: Can I Fire A Medical Marijuana Cardholder? (Aug 14)

We responded to a letter in the (fictional) mailbag asking whether an employer may fire an employee because of the employee's status as a medical marijuana cardholder.

We also responded to a (fictional) mailbag letter asking whether hiring the best qualified candidate can be an ADA violation.  While EEOC said the answer is yes, The Bullard Edge disagreed.  We outlined eight points that addressed the EEOC's misguided position.

Dipping again into the (fictional) mailbag, we responded to a question concerning a forklift driver at an explosives warehouse who was known to be receiving treatment for pain management from a notorious pot doctor.  The HR director wondered whether she should require that employee to submit to a drug test before she let him drive.

The Bullard Edge got a bit fired up about an unfiring decision issued by an NLRB ALJ. The question presented was whether racial harassment on the picket line is protected conduct under the NLRA. We were appalled at the “yes” answer.

Recreational marijuana possession and use became legal in Oregon in July.  In this post, The Bullard Edge responded to a question in the (fictional) mailbag from an HR manager who was upset that she had to terminate an otherwise good employee for violation of the drug and alcohol policy.  She wondered whether marijuana could just be treated like alcohol.

#3   HR Tip Of The Week: Participate In The “Interactive Process” To Impasse

The City of Portland eventually adopted a ban the box ordinance in November.  Back in March, when it was considering the ordinance, The Bullard Edge decried the ban the box movement.

Our most popular post of the year used St. Patrick's Day as a launching pad.  Specifically, the image of the leprechaun prompted The Bullard Edge to dip into the Favorite Cases Remembered series. This one, a real case that we called Liar Liar (Almost Wins), involved an employee who completely fabricated a case and almost got away with it before I tripped her up on the stand.  The employer had poor records and this illustrated the importance of contemporaneous and clear personnel records.  Lawful employer action is tough to prove without documentation.

At The Bullard Edge we are proud of the posts that delved into hot button issues.  We try to approach them in a way that advances the dialogue on these topics.  While we do not expect everyone will agree with our takes (and they do not), we do hope to spur constructive conversation.  Here are two of our favorites from 2015.

For good or ill, gay marriage inspires many people.  They have strong feelings surrounding it.  Sometimes those strong feelings are grounded in religious beliefs and sometimes they are not.  When the workplace is added to the mix, emotions tend to run high.  After The Bullard Edge provided an overview of two late summer situations, it outlined three key points for consideration and clarity.

The Bullard Edge is fascinated by the difference between lies and failures to communicate.  We explored the subtle distinction between the two and their impact on the workplace with reference to the lawsuit that former USC football coach Steve Sarkisian filed against the school alleging disability discrimination.

Two Posts That We Think Are Worthy Of A Second Look

Some posts that we thought would be hot were not.  Nevertheless, we liked them and believe they are worth a second look.

This post followed BOLI’s non-binding "Advisory Opinion" that "Uber drivers are employees."  The Bullard Edge believes that BOLI has a fundamental misunderstanding of the “gig” economy and instead relied on generalities and assumptions.  We believe that the employment versus independent contractor status of Uber drivers is less than clear.

In EEOC’s press release for its Fiscal Year 2015 Performance and Accountability Report, the following statement leapt off of the page: “EEOC secured more than $525 million for victims of discrimination in private, state and local government, and federal workplaces.”  Wow!  That is a huge number.  In fact, it overstates the effectiveness of the agency that is struggling to stay mission focused.  The Bullard Edge outlined three take-aways from EEOC's FY 2015 report.

The Bullard Edge wishes you all a healthy, happy and prosperous 2016.
Print
Tweet