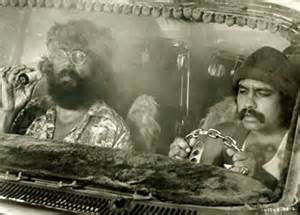 As The Bullard Edge predicted, on November 4, 2014 Oregon voters approved Measure 91, which legalizes recreational marijuana in Oregon.  The new law will allow the personal possession of marijuana within specified limits and will regulate the commercial production, distribution and sale of marijuana.  The measure passed by a comfortable 55.92% to 44.08% margin.

Although section 4 of the law expressly states that it does not “amend or affect in any way any state or federal law pertaining to employment matters”, it does carry implications for employers and it will impact the workplace.  In this post, The Bullard Edge [1] discusses the key features of the new law and [2] addresses the practical impact of the law on employers.

Name of the law

The official name of the law is the Control, Regulation, and Taxation of Marijuana and Industrial Hemp Act.  That is a mouthful, but there is no catchy acronym for it (the CRTMIH Act does not work).  For that reason, we will refer to it either as the Oregon Pot Act or just as the Act.

The Oregon Pot Act changes Oregon law only; federal marijuana prohibitions are unchanged.  The Act legalizes the personal possession of limited amounts of marijuana in Oregon for most persons aged 21 or older.

The amount of marijuana that it is legal to possess varies depending on the form of the drug (e.g., mature or immature plant, “usable” marijuana, in food, or in a liquid) and the location of possession.  Among other things the Act limits residential possession to 8 ounces of usable marijuana and possession in a “public place” to no more than 1 ounce.  (A “public place” is defined as “hallways, lobbies and other parts of apartment houses and hotels not constituting rooms or apartments designed for actual residence, and highways, streets, schools, places of amusement, parks, playgrounds and premises used in connection with public passenger transportation.”)

The law does not allow marijuana use in a public place

The OLCC will regulate the sale and taxation of marijuana

The Oregon Liquor Control Commission is responsible for regulating the sale and taxation of marijuana under the Oregon Pot Act.  The Commission must propose regulations on or before January 1, 2016.

Although the Act overall goes into effect 30 days after the day on which it was approved by voters, the personal possession provisions do not go into effect until July 1, 2015.

IMPACT ON EMPLOYERS AND THE WORKPLACE

First, employers are not required to accommodate or tolerate marijuana use

The state supreme courts that have reviewed the issue have held that the state medical marijuana laws do not require employers to accommodate the medical use of marijuana or engage in the interactive process regarding potential accommodations.  See our April 16, 2010 (Oregon) and June 10, 2011 (Washington) Bullard Alerts.

The Oregon Pot Act specifically states that it does not “amend or affect” existing state employment laws.  This means that the Oregon Supreme Court’s decision in Emerald Steel Fabricators, Inc. v. BOLI (April 14, 2010) continues to be good law.  In that case, the Oregon Supreme Court held that Oregon’s medical marijuana law does not require employers to accommodate the medical use of marijuana or to engage in the interactive process regarding potential accommodations.

Second, employers should review their drug and alcohol policies

Employers should expect that the number of applicants and employees who use marijuana is going to rise.  (This expectation is bolstered by tax revenue projections.)  For that reason, employers should review their drug and alcohol policies to make certain the policies say what employers want them to say.  As discussed in a recent KGW interview, employers in Oregon and Washington currently are not required to loosen their policies and may continue to bar marijuana and its effects from the workplace.

Third, pay attention to anticipated efforts to change the law

With the following statement and a nickel, you would be in good shape to buy a Chick-O-Stick (circa 1972).  Here is the statement: the law is settled for now.

There is likely to be pressure from both sides.  Proponents of the marijuana laws may attempt to bring legislative or judicial pressure to adjust the law in a manner that provides some form of employment protection for the lawful recreational and/or medical use of marijuana.  On the other hand, opponents of the marijuana laws may attempt to repeal all or part of the Oregon Pot Act through another ballot measure.

There is not currently any support for accommodating or allowing marijuana use by employees who perform safety sensitive functions.  Any adjustments to the law that provide employment protections to users of marijuana are likely to draw the line at safety. For that reason, employers that have employees who perform safety sensitive functions ought to consider documenting that and updating job descriptions as needed.

The Bullard Edge will continue to follow this issue.