Crossover Edition ~ Was Employee Who Crashed Forklift In Warehouse âTankedâ? 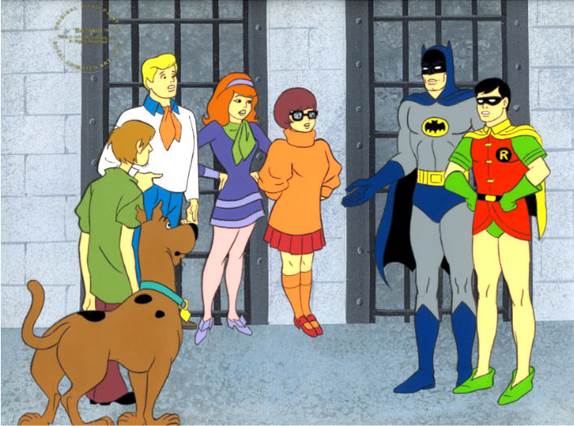 The crossover episode is a timeless television trope.  Cosmo Kramer has an awkward conversation at his apartment door with Paul Buchman (when Seinfeld invaded Mad About You).  Mulder and Scully interrogate Homer Simpson after his alien encounter (when X-Files visited The Simpsons).  We seem to be endlessly fascinated with “the placement of two or more otherwise discrete fictional characters, settings, or universes into the context of a single story” (Wikipedia definition).

The Bullard Edge is intrigued and so today we present our first crossover post ~ Favorite Cases Remembered meets the (Fictional) Mailbag.  We are going to take a real case, change the names and settings just a bit, and present it in the form of a mailbag question.  Let the fun begin.

Our letter is from Sean, the general manager at Mid-Town Glass Works.  Sean asks about an employee the company terminated for drinking on the job.  While he initially admitted to this conduct, in his appeal the employee took a U-turn.  With that introduction, we present Sean’s question and our response.

Sean’s Question:
This one is a pickle.  We fired a guy for drinking on the job, but did not have him tested.  He is appealing the termination and I have to defend the firing to the hearing officer.  Help me.

I am the GM at Mid-Town Glass Works.  We manufacture everything glass that goes in your home.  It is all done onsite.  It is very impressive.  For the most part we do not carry inventory; we manufacture to order.  Before shipping, products are kept in our small backroom warehouse.

Here is the situation.  Two Saturdays ago I received a call from Skip, the weekend manager (I just work Monday through Friday).  Skip said he heard a loud crashing noise in the back and went to check it out.  He saw Todd standing next to a forklift in the warehouse area.  The backend of the forklift sat where shelving had been and the shelves appeared to have dominoed.  Glass was everywhere.  Todd looked disheveled and stumbled to the restroom.

Skip called me (on my day off) and asked what to do.  I reminded him that we have a drug and alcohol policy and asked whether he had a reasonable suspicion that Todd might be under the influence.  Skip said that he did.  I told him to meet with Todd and then send him for testing.

Skip asked Bud to join him in the meeting (Bud is a longtime employee and Skip wanted a witness).  Instantly, Skip and Bud detected the smell of alcohol on Todd’s breath.  Skip asked Todd what happened and out of the gates Todd said that he was not drunk.  He rambled a bit as he inconsistently said that he had a mimosa before work (his wife’s birthday) and then denied it and then said he might have had two.  Todd also said the forklift hitting the racks was an accident.  Skip asked why he had been driving the forklift since his duties that day did not require it and Todd said he sometimes drove it to the breakroom on weekends.

Skip stepped away from the meeting and called me again.  We agreed that Todd’s statement seemed to be a self-admitted violation of our policy prohibiting employees from working while under the influence of alcohol.  We also decided that because of the admission it would not be necessary to send Todd to Urgent Care for an alcohol test.  I told Skip to send him home and tell him to meet with me on Monday.  Skip conveyed this to Todd, who asked how Skip knew he had been drinking.  Skip told him the breath was a giveaway.  On a whim, he also told Todd that he would send him for testing if Todd wanted.  Todd said no and left the meeting.

Todd gathered his things and on his way out ran into Bud, who is a friend of his.  Todd told Bud that the truth is he has a cold and to fight it he brought a thermos of his personal formula: hot cranberry juice, vitamin C, and whiskey.  Todd said that about half an hour before the accident he had medicated and felt better after doing this.  After Todd left, Bud reported this conversation to Skip.

On the following Monday, I met with Todd when he arrived at work.  I had our billing manager (ironically named Buzz) join us.  I questioned Todd about the Saturday accident and he admitted to drinking alcohol at breakfast before he reported for work (he clocked in at 8:30 AM).  That was a third admission that he was at work under the influence so I fired him.  I handed him his final paycheck and wished him well in the future.  Maybe he did not realize that he could be fired; I don’t know.  He tried to change his story and tell me that he had been under the influence of prescription medication rather than alcohol.  That did not make anything better for him.  It just meant to me that he had been lying (to Skip, Bud, Buzz and me).  I told him the “I was lying” defense would not save his job.  Todd left.

Two days later Todd appealed the termination pursuant to our grievance policy.  In his short note he said that the company terminated him because of his disability.  Todd said there is no evidence that he was under the influence of alcohol since he was not tested.  Instead, he claimed that he told me he takes medication, that the medication caused the accident, that he had no idea the medicine would affect him in that way, and that the company should have talked with him about reasonable accommodations.

I thought we did everything right.  Am I wrong about that?  Thanks.

The Bullard Edge’s Response:
That is a great question, Sean.  I think this proves that fact can be just as complex as fiction.

Overall, the facts that you reported support the termination.  Here are some factors that we particularly like.

First, Mid-Town Glass Works has a drug and alcohol policy.

Second, it sounds like managers have received training on the policy.  Skip demonstrated familiarity with the policy, including what it prohibits, what objective facts are important, and how to react to a potential violation.  He called you, informed you that he had a reasonable suspicion Todd was under the influence, and listed the objective criteria on which he based his suspicion.  That is excellent.

Third, related to this, Skip conferred with you before determining that Todd should be sent for testing.  If feasible, before an employee is taken to a testing facility, we prefer that the initial basis for reasonable suspicion be reviewed and confirmed with HR or another manager.

Fourth, Todd had an opportunity to explain himself.  Skip interviewed him and got Todd’s explanation of the forklift/glass racks accident.  Bonus credit – Skip called Bud into the meeting as a witness.

That being said, there clearly is room for improvement.  Here are three considerations.

Point A: Send the employee for testing.  Todd is correct.  There is no medical proof for his violation of the rule against working while under this influence.  It is his word against your word.  (Actually, in this case the testimony will be fairly overwhelming.  Skip, Bud, Buzz and you will all be able to testify that Todd admitted to being under the influence at work.)  As Todd’s grievance shows, people change their stories.  The company would be in an even stronger position if it had sent Todd for testing based on reasonable suspicion even after accepting his admission.

Point B: Create a contemporaneous record of the investigation.  Ideally, Skip would have created a written record or description of the basis for reasonable suspicion on Saturday immediately after he met with Todd.  Similarly, it would have been a best practice for you to also create a record after your discussion with Skip on Saturday and after your meeting with Todd on Monday.  Perhaps you did this; however, you did not mention it in your letter.

Point C: Make sure that you give all reasons for termination.  From the fact pattern, it sounds like Todd should not have been driving the forklift to get to the breakroom.  If he in fact misused machinery, and if that would be a basis for discipline (whether termination or something less), you should note that at the time of termination.

As we said at the beginning of this response, we think that the facts you reported support the termination.  Good luck with the grievance.


Crossover Edition Postscript:
On the real “Favorite Cases Remembered” side of the fact pattern that inspired the “(Fictional) Mailbag” letter, the employer’s termination was upheld by BOLI and EEOC.
Print
Tweet