On Sunday, the Denver Broncos will defeat play the Carolina Panthers in Super Bowl 50.  Millions of people around the world will watch this game for a number of reasons.  Most who watch will eat too many hot wings as they watch the game to see Denver lift who lifts the Lombardi Trophy as the 2016 champion.  Other folks will watch the game for the commercials (featuring hot dogs, first dates and cold truth).  Still other folks will watch for the prop bets (such as who will win the coin toss, will Peyton Manning cry, and how many times will the Golden Gate Bridge be shown during the game).

In the spirit of the prop bet, The Bullard Edge is offering this Super Bowl Edition Quiz.  The following four questions all relate to current labor and employment law issues.  We think they are easy, but we have read the answer key that is set out at the end of this post.  Take your best shot at answering them.

Question 1:
True or False.  EEOC and OFCCP believe that employers will need less than 7 hours, on average, to complete an EEO-1 form if the proposed data collection requirements go into effect in 2017.

Question 2:
True or False.  OFCCP’s final rules implementing Executive Order 13665 (“Non-Retaliation for Disclosure of Compensation Information”) went into effect on January 11, 2016.  Federal contractors and subcontractors covered by these pay transparency rules are now required to disclose, upon request from an employee or applicant, what other employees are paid.

Question 3:
True or False.  The Oregon legislative session started on February 1, 2015.  One of the bills being considered would increase the minimum wage in Oregon to $14.75/hour by July 1, 2022.

Question 4:
Which is True - (1) a professional sports team scheduled a fireworks show for epilepsy awareness night or (2) a transportation provider permitted a passenger to bring an “emotional support turkey” on a flight? 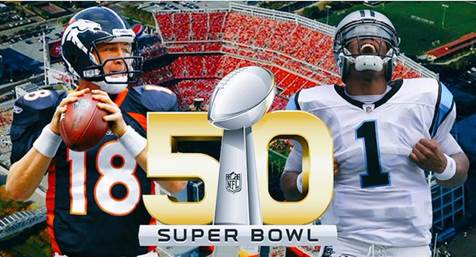 Answer to Question 1:
It is True.  Last week EEOC and OFCCP jointly announced a proposal to add a burdensome pay data reporting component to the EEO-1 Report.  As stated in The Bullard Edge on January 29, 2016, the revised EEO-1 Report will require employers to report total W-2 earnings for employees for a 12-month period of time and to indicate the number of employees in each job category (there are ten) who fall into each of 12 pay bands.
This is clearly a time consuming process.  Nevertheless, according to the Burden Statement published in the Federal Register, EEOC and OFCCP estimate that the average burden will be “6.6 hours per filer.”  As if.

Question 2:
False.  While OFCCP’s final rules implementing Executive Order 13665 (“Non-Retaliation for Disclosure of Compensation Information”) did go into effect on January 11, 2016, these pay transparency rules do not require covered federal contractors and subcontractors to disclose, upon request from an employee or applicant, what other employees are paid.

Rather, the rules bar covered federal contractors and subcontractors from adopting and enforcing policies and/or practices that prohibit or prevent applicants and employees from freely discussing pay.  An employer may not discriminate against applicants or employees for inquiring about, discussing or disclosing their pay or, in certain circumstances, the pay of their co-workers.  OFCCP has published a notice for employers to post in the workplace and include in handbooks.

Question 3:
True-ish.  The Oregon legislature is in session and is currently considering a proposal to raise the state minimum wage gradually over the course of six years.  However, rather than a single statewide rate, Associated Oregon Industries reports that proposal currently being considered “organizes the state into three regions:  the Portland Urban Growth Boundary, the frontier counties (defined in the amendments) and the rest of the state.  The Portland Urban Grown Boundary (UGB) will increase to $9.75 in July of 2016, and move gradually to $14.75 by 2022.  Frontier counties will increase to $9.50 in July 2016 and move to $12.50 by 2022.  The rest of the state will start at $9.75, and grow to $13.50 by 2022.”  It is SB 1532 and you can read the divide-the-state-into-three proposal here.

Question 4:
This was a trick question.  Both things are true.

According to the New York Daily News, the Kansas City Royals scheduled August 5, 2016 as epilepsy awareness night and also scheduled a fireworks show for after the game.  We are happy to report that this has been changed.  The epilepsy awareness night is now set for August 6, 2016.  The original scheduling caused an uproar because fireworks are one of the things that are known triggers of epileptic seizures.

According to Fox News, last month Delta Airlines allowed a passenger to bring an “emotional support” turkey on a flight and allowed the turkey to have its own seat.  Under the ADA, businesses may be required to permit patrons to bring “service animals” onto the premises.  However, DOJ defines service animals as “dogs” and sometimes “miniature horses” that are individually trained to do work or perform tasks for people with disabilities.  Further, DOJ specifically states that dogs “whose sole function is to provide comfort or emotional support do not qualify as service animals under the ADA.”  Here at The Bullard Edge we have also discussed service animals in the context of employment.  The bottom line: leave your turkey at home.