Favorite Cases Remembered: The Case of The Plaintiff Who Just Wanted Her Way 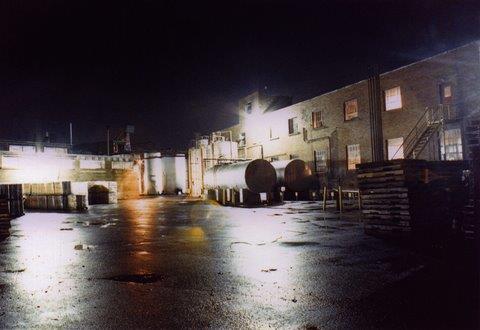 Summer is winding down. With the Labor Day weekend nearly upon us, The Bullard Edge is going to take a break from dissecting the legal news of the day. Instead, as we look forward to the new school year, college football, and making sure we stop wearing white (you know, after Labor Day), we will pause once again to reminisce about a favorite case from the past. This one is titled The Case of The Plaintiff Who Just Wanted Her Way. Here is the story (presented as modified historical fiction).


In the summer of 2000 my colleague Alan Lee told me that he had completed discovery in an ADA case and asked whether I could win summary judgment for him. “Absolutely,” I declared. “What are the facts?”

I read the file. Chimera Shipping, the employer, shipped goods for customers throughout the country. Lottie Tears, the plaintiff, had been a Chimera employee from 1980 until 1997. Throughout that period she worked as a billing clerk at the Company’s main dispatch facility. Chimera used three shifts of billing clerks, each with five positions. In the first part of 1997 Ms. Tears worked the day shift (7:30 AM to 3:30 PM).

Around that same time CFO Ben Cruncher undertook an investigation into the sluggishness in the billing process. Bills were being sent late, which in turn led to cash flow problems. Mr. Cruncher’s investigation led him to conclude that the graveyard shift billing clerks were the problem. They lacked sufficient training and, as a result, made countless mistakes in billing. The better trained day shift clerks corrected most of these mistakes, but fell behind in their own work a little bit each day. Over time, these small delays added up to the cash flow problems that prompted the investigation.

Because this was a training issue, Mr. Cruncher took no disciplinary action. Instead, he decided to temporarily transfer the two graveyard leads to the day shift so that they could be trained. They would be returned, after training, to the graveyard shift (11:30 PM to 7:30 AM) with the skills and knowledge to better supervise the other billing clerks on that shift.


To make this possible, Mr. Cruncher also had to temporarily transfer two (of the five) day shift clerks to the graveyard shift. Two of these clerks performed specialized assignments for which they had received substantial additional training; another of these clerks was viewed as the most knowledgeable and efficient at working with other day shift employees and Chimera customers.

For that reason, on July 3 Mr. Cruncher informed Ms. Tears and the other remaining clerk of their temporary transfer to the graveyard shift. The transfer assignment was to begin on July 14. Ms. Tears told him she wanted no part of the transfer. She cried, complained about the unwarranted demotion and argued that another employee with less seniority should be transferred. Mr. Cruncher explained that the skill sets of the five day shift clerks dictated the selection. Ms. Tears revisited her same arguments on July 8, 9 and10 - each time crying profusely and each time being told that the transfer was temporary and based on skill sets.

After her July 3 meeting with Mr. Cruncher, Ms. Tears left work for a pre-planned medical appointment. Her doctor told her that she may have hypoglycemia, but that a glucose tolerance test would be needed to confirm this. On July 14, before she could undergo that test, her doctor changed the diagnosis to diabetes. The doctor provided her with a medical note that stated: “Ms. Tears is not to work nights because of medical problems.” The note did not mention diabetes.

Ms. Tears did not report for work on July 14 or 15. She did mail a copy of the medical note to Chimera, which received it on July 16. Because the note was silent regarding the nature of her “medical condition,” Chimera told her that it understood her to be seeking a reasonable accommodation and requested a limited amount of medical information relevant to her work-related limitations. Ms. Tears received the letter on July 21, the same day that she accepted employment with another company doing the same work on the evening shift (2:30 PM to 11:00 PM).

Ms. Tears filed a lawsuit alleged that Chimera failed to engage in the interactive process and refused to provide her with reasonable accommodation. Given these facts, I believed her claim to be without merit and moved for summary judgment. The court granted the motion and entered judgment for Chimera.

The evidence showed that the decision to temporarily transfer Ms. Tears had been made before Chimera had any indication of a potential need for accommodation. Once it had this indication, the court found that Chimera attempted to interact with Ms. Tears regarding her work-related limitations.  The court stated that the ADA required both Chimera and Ms. Tears to engage in an interactive process, that Chimera appropriately engaged in this process by seeking relevant information, and that Ms. Tears was responsible for the breakdown in the interactive process. For this reason, the court ruled in favor of Chimera .

The court stated that Chimera also would be entitled to judgment on the grounds that Ms. Tears was not an individual with a disability under the ADA. Despite her diabetic condition, she made no showing that she was substantially limited in working (she had taken a similar job), or in the performance of any other major life activity.

Law: If this case was heard by the same court today, the court would reach a different conclusion on disability. The ADA Amendments Act expanded the definition of disability and I believe that Ms. Tears would have met the ADAAA’s expanded definition. Nevertheless, summary judgment still would (or at least should) be granted based on Ms. Tears failure to participate in the interactive process.

I think I hear the waning strains of summer calling me.  Until next time, best regards.