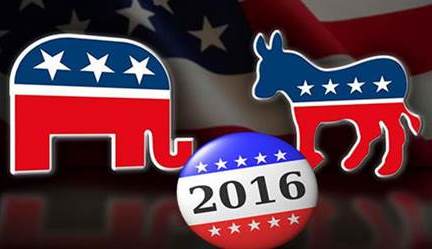 Today’s (fictional) mailbag question comes from Chuck, who is the HR Director at Mid-Town Tires.  He asks about an employee who has been out sick since last week’s election.  Chuck believes the employee is requesting “post-election leave” under OFLA/FMLA.  For the record, we received many great mailbag questions this week, but the staff voted for this one.  Here is Chuck’s question and our response.

Chuck’s Question:
You probably heard about the election last week.  We certainly did.  In my 13 years as HR Director at Mid-Town Tires I have watched our employees through four presidential election cycles.  This one was unique.  I have never seen employees talking about an election as much or as anxious for the cycle to be over.

Surprisingly, I would say that in the wake of it folks have been in a bit of a stupor.  It does not seem to be related to the specific results ~ even those who supported the prevailing candidate appear to be affected.

Regardless, our service centers opened for business as usual on Wednesday morning after the election.  We did not observe a day of celebration or mourning.  Our hope was to observe a day of selling winter tires.  Be prepared.  Winter is coming.

I do not know how many people missed work on Wednesday.  We have nine locations throughout the Mid-Town metroplex and I do not check on attendance at each location for each employee.  However, I do pay attention to attendance here at headquarters and I noted right away that Robb Thyme was not at work (fake name; you will see why).  He called in sick that day -and the next and then the next.

Robb is a marginally performing inventory assistant who was here when I arrived.  He had seemed invested in the election in an odd way.  His cubicle had several “Pat Paulson for President 2016” bumper stickers and one yard sign.  I don’t know if you know of him; he was a comedian and perennial presidential candidate ~ that is until Pat Paulson died in 1997.

All of that is fine.  Robb can support any candidate he wants, living or dead.  On Monday, though, I received his request for OFLA/FMLA leave (his wife dropped it off).  The medical certification form submitted with the request indicated that Robb had experienced an episode of emotional exhaustion and situational anxiety brought on by the end of the election cycle; the doctor said that Robb has been treated for generalized anxiety disorder for years and that he expected this episode to dissipate within two weeks.


The Bullard Edge‘s Response:
You are not going to like this response, Chuck.  Even though it seems farfetched to you, Robb may be entitled to OFLA/FMLA leave.  Let’s run through the analysis.

First, while the facts are critical, the circumstances are not.  You have presented some factual information about Robb and those facts will determine whether Mid-Town Tire should grant his request.  You also raised a number of distracting circumstances, including the election and Robb’s apparent support for a dead former candidate.  Do not let these circumstances distract you from the facts of the matter.

Second, you seem to understand OFLA and FMLA fairly well.  As you know, OFLA and FMLA both require a covered employer to allow an eligible employee to take up to 12 weeks of leave for a qualifying purpose, such as being treated for a serious health condition that renders the employee unable to perform at least one essential function of his or her regular position.

Third, let’s apply that law to the facts of Robb’s situation.  You did not say how many people Mid-Town Tires employs; we are going to assume, though, that it is a covered employer (50 employees for FMLA and 25 for OFLA).  We are also going to assume that Robb is an eligible employee (as a full-time employee for more than 13 years he more than meets the length of employment requirement).

Fourth, the remaining question is whether Robb is seeking leave for a qualifying purpose.  You are calling it “post-election” leave.  That is a fun thought, but you are focusing on the circumstances of the request.  While Robb made the request after the election, the election is not the reason for the request.  Rather, it is “an episode of emotional exhaustion and situational anxiety” that he experienced near in time to the election.  Further, the medical certification form also puts this into the context of generalized anxiety disorder for which Robb has been treated for some time.  This sounds very much like a serious health condition.

The bottom-line, Chuck, is that when we strip all of the election-related circumstance away, Robb’s family leave request seems very routine.  I hope this helps.  Let us know how it goes.