Fictional Mailbag: Who Pays For An Expensive Pre-Employment Fitness For Safe Duty Exam? 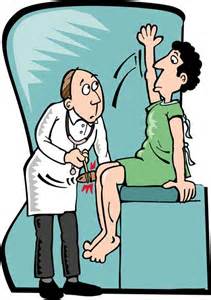 Happy 2016 to all of our readers from The Bullard Edge.  Today’s (fictional) mailbag letter gets us off to a fast start.  Mark (no last name given) by email asks for help.  He is the HR Manager for Mid-Town Hair Lab and is concerned that their decision to require a post-offer fitness for safe duty exam for a one-eyed job candidate may violate the ADA.  As our answer below makes clear, that concern is valid.

Did you ever know you were right, but still have that niggling little thought that says, “No, you are not”?  That is what I am feeling now.

Last week we offered a job to a candidate.  Let’s call him Tom Major in honor of the late David Bowie.  Tom seemed to be a great candidate for an open “hair-splitter” position.  We are a small lab and one of the services we provide is splitting fibers using a microscope and a laser (I am oversimplifying, but you don’t need more).

Tom, as we knew from his interview, wears a patch on his right eye.  This did not disqualify him from the job, though.  He demonstrated his ability to use the microscope effectively with his left eye.  Moreover, Tom has made the grade and is laser certified.

We extended a bona fide conditional offer of employment and sent Tom for a pre-employment physical.  He was about to “pass” the physical when he volunteered some information to the doctor that he had not mentioned to us previously.  Tom said that due to a prior left eye surgery he believed he would need special eyewear to protect his one eye from the potential effects of the laser on his eye.

When we received the report back from the doctor we did not know what to make of it.  We already have special eyewear for hair-splitters to protect against diffuse reflections.  In talking to Tom we learned that he has a concern that his left eye may be extra sensitive and at risk in our lab environment.  Now we have safety concerns.

Yesterday we made arrangements with a specialist to have Tom’s left eye examined for safety in our work environment.  The cost of that exam, though, is out of this world.  Our president suggested that since Tom was the one who first raised the safety concern that he should be the one responsible for the cost associated with the exam.  Our CFO quickly agreed; he said the cost of this exam is ridiculous.

I am scheduled to meet with Tom tomorrow.  Yesterday, I agreed with the president and CFO, but after thinking about it overnight I have the feeling that I am wrong and that what we plan to propose may violate the ADA or some other law?  Am I wrong?  Please tell me I am not.  Thanks.

Thank you for the email, Mark.  I am glad you took the time to reach out because the course of action proposed sounds disastrous.

You seem to have a solid basic understanding that the ADA and comparable state laws prohibit an employer from discriminating against a qualified individual with a disability because he or she has a disability.  This prohibition applies in the application process, in hiring and discharge, in promotion and training, in compensation, and in the terms, conditions and privileges of employment.

In regards to lawful medical exams and inquiries, the rules that apply depend on the stage in the selection and employment cycle.  Under the ADA and state law, the timing, purpose and use of a medical examination is important.

Pre-offer of employment, an employer may not require an applicant to submit to a medical examination or to respond to medical inquiries.  If I understand your email, nobody asked Tom for any medical information before an offer of employment was extended.  The fact that he only has one eye makes his case unusual.  However, the company simply asked Tom to demonstrate performance and that is lawful.

After making a conditional job offer, but prior to the beginning of employment, an employer generally may require an offeree, like Tom, to submit to a medical examination or to respond to medical inquiries (provided that the employer requires the same exam or responses of all entering employees for that job classification).  Here again, if I understand your email, Mid-Town Hair Lab followed the appropriate timing.  You sent Tom for the exam normally given to offerees and Tom was on his way to passing that exam.

The difficulty in this matter flows from medical information that Tom volunteered during the post-offer pre-employment exam.  Tom told the examining doctor that he had a prior left eye surgery and expressed some concern about the safety of his eye on the job.  Once it learned this information, the company joined Tom in this safety concern.

Mid-Town Hair Lab is not required to sit on this information.  Where an employer has learned additional information relevant to fitness for duty or fitness for safe duty it may seek follow-up information that is medically related to the previously obtained medical information.  You are on the right track.  And then things skid horribly off course.

Mid-Town Hair Lab proposes to ask Tom to pay for the fitness for safe duty examination.  In support of that idea, you cite the high cost of the specialized exam and the fact that it was Tom who brought this safety issue to your attention.  That is where you go wrong.

Who is it that is asking for the exam?  It is not Tom; it is Mid-Town Hair Lab.  If Tom were seeking the exam due to his personal concern, it would be his responsibility to pay for it.  However, here it is the employer asking for the exam because the employer has a concern about fitness for safe duty that it needs to resolve before it can let Tom start work.

As an Oregon employer Mid-Town Hair Lab is subject to ORS 659A.306, which makes it an unlawful employment practice for any employer to require an employee, as a condition of continuation of employment, to pay the cost of any medical examination or the cost of furnishing any health certificate.”

Moreover, a recent (though not final) court victory by EEOC also suggests that Mid-Town Hair Lab would be at risk of liability under the ADA if it put Tom in the position of having to choose between losing his job offer or paying for the fitness for safe duty examination.  Just last week a federal court in Washington sided with the agency on a similar issue in EEOC v BNSF Railway Company (USDC WD Wash, Case No. C14-1488 MJP, Jan 8, 2016).  The employer in that matter sought to have an offeree undergo a supplemental (and costly) MRI related to a back injury, presumably because the employer had fitness for safe duty concerns (both the offeree’s and the company’s doctors had already found the offeree fit for safe duty).  Because there was no insurance to cover the cost of the MRI, the employer required the offeree to pay for it.  When he refused, the employment offer was withdrawn.  The offeree filed a claim of discrimination with EEOC, which eventually filed a lawsuit.  The court found in favor of EEOC because the evidence did not show any direct threat of harm.  On the issue of cost, the court said the following: “Conversely, if BSNF nonetheless believed the MRI was necessary to a reliable direct threat analysis, BNSF could have paid for the test.  One would expect BNSF to pay for proof of a direct threat, given the liability to which a prima-facie disability-based decision exposes a company.”  [NOTE: BNSF has already filed a motion for reconsideration.  We will follow that.]

The bottom line, Mark, is that Mid-Town Hair Lab (1) should pursue follow-up medical information if it has a reasonable concern about Tom’s fitness for safe duty.  Further, (2) it is the company, and not Tom, who would be responsible for covering the cost of any follow-up exam ~ even if the cost is astronomical.

I hope this helps, Mark.  Good luck and best regards,