Marijuana And Drug Policies In The Post-Legalization Workplace 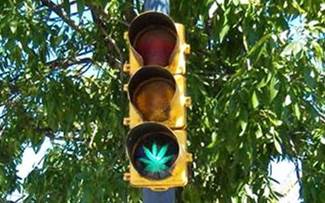 How do we know that legal marijuana is having an impact?  I think all of the new snack chip flavors may be a clue.  Lay’s “Flavor Swap” campaign, which just ended, had Americans experimenting with Fiery Roasted Habanero chips, while Dang Foods introduced us to vegan and gluten-free Applewood BBQ onion chips and Salted Cacao coconut chips.

While these chips are good even without the munchies, the fact is that the country is quickly moving to its post-pot phase.  Many states have legalized marijuana (medical or personal) and there is a fast growing marijuana industry that worries as much about common business issues (such as branding, banking and commercial leasing) as it does about legalization issues.

What about the workplace, though?  What about safety?  The Bullard Edge provides this update for employers to address those questions.  Specifically, we are going to preview the November elections, review a surprising federally-approved study of medical marijuana, and see what is new in impairment testing.

Personal Use Marijuana and the November 2016 Elections

The list of personal use states does not include some of the usual suspects.  For example, neither California nor Nevada is on the list.  This may change in November.  Proponents are attempting to qualify marijuana legalization measures for the ballots in numerous states, including California, Nevada, Florida, Maine, Massachusetts, and Arizona.  Many of these measures will not make it to the ballot, but some will and some may be approved by voters.

The bottom line is that marijuana is continuing its path to being entrenched in the economy and the culture.  On the day after the election, marijuana may be legal in more places than it is today.  It will not be legal in fewer places.

While marijuana has been legalized in a number of states, it remains an illegal drug under federal law.  Although the 2016 Budget Act defunded DOJ from interfering with state medical marijuana laws, this does not change the fact that marijuana (medical or not) remains a Schedule I controlled substance under the federal Controlled Substances Act.  Moreover, Congress has taken no action to remove marijuana from Schedule I of the CSA and President Obama last year described Congressional action as unlikely.

Nevertheless, just last month the US Drug Enforcement Agency approved a study designed to consider the potential benefits of using marijuana to treat military veterans suffering from post-traumatic stress disorder.  The PTSD rate among veterans following active duty significant (especially as compared to the general population) and has been the subject of much discussion.  June is PTSD Awareness Month and the VA’s National Center for PTSD website is an excellent resource for basic and specific information.

Because PTSD treatment is so important, the search for better and more effective treatments is getting attention.  The search includes a California-based non-profit research group called the Multidisciplinary Approach to Psychedelic Studies wanting to determine whether marijuana might be effective in the treatment of PTSD.  MAPS sought and obtained DEA approval for such a study.  MAPS described the study in a press release.

“The randomized, blinded, placebo-controlled study will test the safety and efficacy of botanical marijuana in 76 U.S. military veterans with treatment-resistant PTSD.  The study is funded by a $2.156 million grant from the Colorado Department of Public Health and Environment (CDPHE) to the California-based non-profit Multidisciplinary Association for Psychedelic Studies (MAPS), which is sponsoring the research.

The trial will gather safety and efficacy data on four potencies of smoked marijuana with varying ratios of tetrahydrocannabinol (THC) and cannabidiol (CBD).  By exploring the effectiveness of a variety of marijuana strains, the study seeks to generate naturalistic data comparable to how many veterans in medical marijuana states currently use marijuana.  Results will provide vital information on marijuana dosing, composition, side effects, and areas of benefit to clinicians and legislators considering marijuana as a treatment for PTSD.”

The Bullard Edge hopes that this study leads to a better understanding of PTSD treatment (whether or not marijuana is part of that treatment).

Marijuana in the Workplace – Impairment Testing

As we discussed just last month in our Merle Haggard themed post, the fact that medical and personal use marijuana are now legal in many states does not mean that employers must change their drug policies.  The law in Oregon and Washington is clear: an employer may adopt a drug policy that prohibits marijuana and need not modify that policy to accommodate a medical marijuana user or an employee using marijuana consistent with state personal use laws.

One of the pushbacks that we see is the complaint that marijuana should be treated like alcohol since both are legal.  The argument goes: just as employers are not allowed to discipline employees for off-duty alcohol use, so should they be barred from disciplining for off-duty legal marijuana use.

While that argument is compelling on the surface, it ignores the impairment component.  In the case of alcohol, impairment may be readily tested if an employee reports to work impaired after drinking alcohol off duty.  There is no comparable test for marijuana impairment.

A number of laws legalizing marijuana also prohibit driving while impaired by marijuana.  This is to be determined by a blood test for TCH; where levels are above a specified threshold the driver is considered impaired.  Recently, the AAA Foundation for Traffic Safety released the results of a study it commissioned finding these TCH tests to be ineffective.  Here is an excerpt from the Conclusions section of the study (emphasis added).

“There is no evidence from the data collected, particularly from the subjects assessed through the DRE exam, that any objective threshold exists that established impairment, based on THC concentrations measured in specimens collected from cannabis-positive subjects placed under arrest for impaired driving.  An association between the presence and degree of indicators of impairment or effect from cannabis use were evident when comparing data from cannabis-positive and cannabis-negative subjects.  However, when examining differences in performance in these parameters between subjects with high (>5 ng/mL) and low (<5 ng/mL) THC concentrations, minimal differences were found.  There was no correlation between blood THC concentration and scores on the individual indicators, and performance on the indicators could not reliably assign a subject to the high or low blood THC categories.”

Until there is a reliable test for impairment, the law is unlikely to require employers to modify their drug policies.