Pot Use At The Explosives Warehouse: When To Drug Test 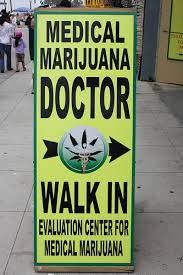 Late last year the (fictional) mailbag was dominated by questions about marijuana in the workplace.  This week’s letter picks up where last year's ended with a question concerning a forklift driver who is known to be currently receiving treatment for pain management from a notorious pot doctor.  Terri Sunstone, the HR Director for Boomtown, an importer/exporter of explosive chemicals, wonders whether she should require an employee to submit to a drug test before she lets him drive.  Here is Terri’s excellent question.

I know I’m wrong.  According to my HR staff of three generalists, I have turned into Miss Mary Sunshine (my real name is Terri Sunstone) and am allowing a “drug-using” employee to play me.  I put “air quotes” around that phrase because I don’t know that he uses drugs.  My staff says it is obvious, at least enough for testing.  Given that it is three against one, I know I must be wrong.  I get that, but it is just not sitting well with me.  You guys at The Bullard Edge always have a slick answer so I am hoping you can help me here.

The situation seems simple on its face.  Boomtown is a dangerous workplace.  Bud Strawman is a long-time warehouse employee.  We like him; he works hard, is reasonably dependable and is an expert on the forklift.  In 13 years with us, Bud has just 4 unexcused absences and has only been written up once (a warning for nearly getting into a workplace fight with a former brother-in-law).  He has no safety violations.

Last year, Bud took three weeks of family leave related to headaches.  He requested leave, we gave him FMLA/OFLA paperwork (that he returned), we gave him leave, and in November he returned to work in the same warehouse job he has always had (his pay changed – it went up because we increased everybody).  Everything seemed back to normal until yesterday.  Bud came to my office and told me he will need intermittent leave due to occasional dizziness.  He presented me with completed FMLA/OFLA paperwork, including a signed medical certification.  Bud seemed chatty and told me that the headaches that took him off work were the side effect of medication he takes for a bad back.  He explained that the new medication left him a bit spacey at times.

I approved the intermittent leave request on the spot.  Later, I gave the paperwork to Jay, our HR generalist, for processing.  Jay asked me if I had read it and pointed out that the leave had been certified by Dr. Bale, the famous “pot doctor” from just across the river in Washington (the reputation seems to relate to the fact that the doctor’s advertising includes information about state medical marijuana laws).  When I shrugged my shoulders in a “so what” fashion, Jay told me this obviously means that Bud is using medical marijuana and, as a result, is in violation of the company drug policy.  Jay noted that dizziness and confusion are two of the main side effects of marijuana.  Jay said I should send Bud for drug testing immediately; the other HR generalists agreed.

I don’t see it.  Sure, Bud apparently is under the care of a doctor whose advertising highlights medical marijuana issues.  However, I don’t think I have reasonable suspicion for testing.  No one has witnessed anything that causes us to be concerned about impairment and there is no report of use.  Like I say, I know I’m wrong, but I just can’t figure out why.

This is a timely question, Terri.  Just last month we read about a Washington Superior Court holding that a state law barring doctors from discussing medical marijuana in their advertising violates the First Amendment’s right to free speech.

Without being too “slick,” The Bullard Edge will try to analyze the issues that your question raises.

First, even in this time of state laws allowing medical or personal use marijuana, employers still have a right to adopt drug and alcohol policies prohibiting marijuana in the workplace.  See our November 14, 2014 post titled Clearing The Air On Oregon's New Personal Pot Law And The Workplace.

Second, it sounds like Boomtown's drug and alcohol policy includes a provision for requiring a test where there are reasonable grounds for suspecting a violation of the policy.  This is a fairly common provision.  Reasonable suspicion typically refers to observable, objective evidence that gives the employer a reasonable basis to suspect that the employee may be impaired or affected by drugs or alcohol in the workplace.

Fourth, it sounds like you made the correct call on family leave.  Bud presented an intermittent leave request form and a supporting medical certification.  Thus, granting leave is appropriate.

Fifth, even if granting time off is warranted, the bigger question to us concerns the time not taken off.  Think about it.  The workplace is a warehouse filled with explosive chemicals and Bud drives a forklift.  If his medication affects his alertness (he said it makes him spacey), then the obvious question is whether Bud is fit for safe duty.  While we do not find reasonable suspicion for drug testing, we do see that Boomtown has a reasonable basis for concern about Bud’s fitness while working.  In this situation you may want to ask Bud to provide Boomtown with a limited amount of medical information from Dr. Bale relevant to his current fitness for duty.  In particular, without asking the doctor to identify Bud’s medical condition or treatment details, you want Dr. Bale to tell you whether Bud is currently able to safely perform all of the duties of the warehouse position.

I hope this helps. Good luck and best regards,