What The What? A Higher Paid Male Employee Threatens An Equal Pay Act Claim? 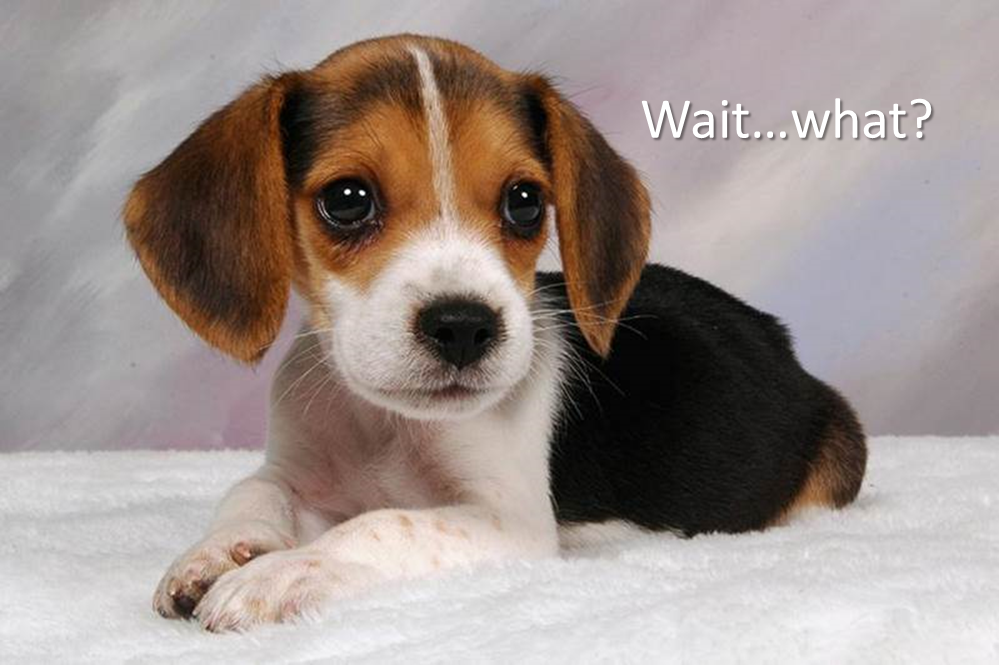 This week’s (fictional) mailbag question may leave you scratching your head.  We see all kinds of (made up) letters and this one shocked even us.  HR manager Fran Tich has a question about the Equal Pay Act and a threatened employee lawsuit.  However, the employee threatening to sue is the higher paid male employee.  You can read Fran’s question below while we work on a response.

I am freaking out.  An angry employee just threatened to sue us for Equal Pay Act violations and we may have a problem.  We have two employees doing the same job and having the same responsibilities; however, we have paid the male employee somewhere in the neighborhood of 150% more than the female employee over the last three years.  We may be doomed.

Let me back up and give you the whole story.  I want you to tell me everything is going to be okay, but I know you won’t unless I give you the background.  You lawyer types are always asking a bunch of niggling questions about the facts.

Our company is Mid-Town Records (which is not a hopelessly outdated seller of vinyl).  We sell cutting-edge software that allows businesses to better manage information.  The software is proprietary; we are continually improving it and assisting clients with installation.  With overhead so low, our profit margin is very high.

I am going to call the two employees Pete and Gladys (the names of my pet beagles when I was a kid).  They work as a team selling our software.  Together, they research the market, devise a sales plan and then implement it.  Although Pete and Gladys jointly make some sales calls, most of their sales calls are solo missions.

We hired Gladys five years ago and her compensation was a combination of base salary plus commission.  We played around with both numbers for a few years trying to achieve a fair compensation package.  Three years ago, on a referral from Gladys, we hired Pete.  Apparently they had worked together previously and wanted to work together again.

Pete did not like the base salary plus commission mix that Gladys was receiving.  Instead, he asked for a percentage of what he called the “profit pool” with no guaranteed base salary.  Pete defined the profit pool as the gross profit from sales that he and Gladys produced minus the direct costs associated with the making of the sales.  Because I am the head of HR and not a number cruncher, I conferred with the CFO and CEO, who green-lighted that arrangement.

Although they believed Pete’s formula would result in roughly the same compensation as the base plus commission being paid to Gladys, the CFO and CEO instructed me to offer the same profit pool option to Gladys.  I did and she thought it was too risky.  Instead, Gladys asked for a base plus a smaller percentage of the profit pool.  The CFO and CEO agreed to that option.

As I said, we hired Pete three years ago.  Recently, our outside auditor alerted us to the fact that Pete has been paid approximately 150% more than Gladys over the last three years.  When we looked closely at the numbers we found that strong sales had resulted in a tremendous profit pool.  Pete’s higher percentage of that pool caused his compensation to eclipse, and run circles around, the base plus lower percentage of that pool paid to Gladys.

The CEO ordered me to rectify the situation.  He worried about an equal pay claim and told me to bring Pete’s compensation into alignment with Gladys’s compensation.  So I met with Pete and he flipped out.  Actually, he did not yell or throw chairs.  He simply told me that the company had violated the Equal Pay Act, that he was going to tell Gladys about the pay differential, and that he was going to sue the company for lowering his pay to remedy the EPA violation.

So now do you understand why I am freaking out?  Pete is right.  We paid a male employee more than a female employee who did the exact same work.  Is there any ray of hope here?

We understand your concern, Fran, but want to assure you that everything is going to be ok, assuming that the facts you have reported are accurate.  Amazingly, just this week, the US Court of Appeals for the Sixth Circuit issued an opinion with similar facts (talk about your coincidences).  Here is what you need to know.

First, the general rule under the Equal Pay Act is that an employer may not pay one employee less than it pays an employee of the opposite sex “for equal work on jobs the performance of which requires equal skill, effort, and responsibility, and which are performed under similar working conditions”.  There are exceptions to this general rule, though.  The exceptions include pay that is “made pursuant to (i) a seniority system; (ii) a merit system; (iii) a system which measures earnings by quantity or quality of production; or (iv) a differential based on any other factor other than sex”.

Second, a complaining employee (whether it is Pete or Gladys) does not have to prove that his or her employer intended to discriminate in pay.  Rather, this employee must simply show that he or she did not receive equal pay for equal work.  In your case, everyone seems to agree that Mid-Town Records paid Pete substantially more than it paid Gladys and that they did the same work.  (Don’t worry.  We will get to the good part.)

Third, if the complaining employee meets this initial showing, the employer will be liable unless one of the four exceptions is available as an affirmative defense.  We are going to ignore three of those exceptions (seniority system, merit system, and quantity/quality of production system) because you did not say anything to put them in play.  We will focus on the fourth exception: a factor other than sex.

Fourth, you stated that the company paid Pete a percentage of the profit pool with no guaranteed base salary and that it paid Gladys a lower percentage of the profit pool with a guaranteed base salary.  This resulted in Pete receiving around 150% more in compensation than Gladys.  While that seems bad, the key fact is that Mid-Town Records offered Gladys the exact same compensation package that it offered Pete and that Gladys self-selected a different package that she viewed as less risky.  In other words, gender was not the reason for the difference in pay.  Neither Pete nor Gladys should have a claim.

Fifth, the law also provides that “an employer who is paying a wage rate differential in violation of this subsection shall not, in order to comply with the provisions of this subsection, reduce the wage rate of any employee.”  This may be what has Pete steamed.  You stated that Mid-Town Records told him it would be aligning compensation for Pete and Gladys by reducing Pete’s pay.

Sixth, the Sixth Circuit opinion we mentioned helps immensely here.  The case is known as Schleicher v Preferred Solutions, Inc. (August 2, 2016).  Facing a virtually identical wage reduction, the appellate court stated a claim related to the lowering of wages to align pay depends on there being an EPA violation to cure.  If the wage reduction is not curing a violation, then it is not actionable.  In your case, it appears the wage disparity between Pete and Gladys was lawful; thus, the wage alignment did not cure a violation and is not itself a basis for bringing a claim.

We hope this helps you relax and that you will be able to enjoy the Olympic Games (even if Zika fears do not have the athletes fully enjoying those games).