Workplace Drug Policies In The Age Of Pot 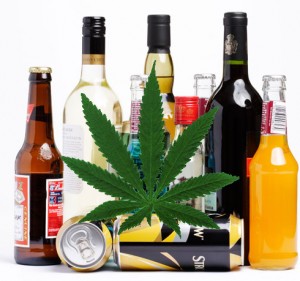 Nearly one month into the era of legal recreational marijuana in Oregon we are seeing signs that the law is going to impact the workplace.  An excellent example of this is found in a (fictional) mailbag letter that The Bullard Edge received earlier this week.  Distraught HR manager Emma Goodheart said that drug testing was causing her to lose Faith and was making her sad.  However, she had an idea and asked for our reaction to it.  Emma’s question is set out below, followed by our response.

Help me sort this out.  One of my best employees ~ positive, thorough, effective, dependable, honest, the whole nine yards ~ tested positive for marijuana and we fired her.  I should say that I fired her.  I was the one who had to tell her and it is eating me up.

As you probably know, Mid-Town Feathers is a medium sized company but we sell the biggest and best feather pillows, bed spreads and couch cushions.  Nothing dangerous; just soft comfort that never ends.

Like most companies, we have a drug and alcohol policy.  It is a violation of the policy for an employee to work while under the influence of alcohol or drugs, including marijuana.  There is no “medical marijuana” or “legal recreational pot” exception.  If we have a reasonable suspicion regarding a possible violation, we send the employee for testing.  The policy, which is the most straight-forward and least confusing one that I have ever seen, makes it clear that a reasonable suspicion test will be required following an on-the-job accident involving injury or property damage.

Last week Faith, the employee in question, was driving a company van on the way to a meeting with a new client.  There was a fender bender (no traffic citations issued, but bent fenders on both vehicles) and we sent Faith for testing.  To my wonderment, Faith told me that she would test positive for pot; you could have knocked me over with a feather.

True to her word (as always), Faith tested positive.  I terminated her employment the next morning.  I was so sad, and still am.  During our meeting Faith said that she had long been interested in trying marijuana, but waited until the recreational use provisions in Measure 91 took effect at the beginning of the month.  Faith said that she is responsible and never came to work impaired.  She also begged me to treat her situation just like alcohol.  I told her I could not do that, but now I am wondering ~ why not?

In November The Bullard Edge predicted that employers would see an increase in the number of applicants and employees who use marijuana.  Implied in this prediction was the reality that employers will find themselves in more situations in which they have to take adverse actions.  Emma, that is precisely where you and Mid-Town Feathers find yourselves.

Before we get to your specific question (about treating marijuana like alcohol), we want to set the table.

Second, employers are not required to accommodate or tolerate marijuana use.  In 2010 the Oregon Supreme Court held that the Oregon Medical Marijuana Act does not require employers to accommodate the medical use of marijuana or engage in the interactive process regarding potential accommodations.  Further, as stated on the State of Oregon website, “Measure 91 does not affect existing employment law.  Employers who require drug testing can continue to do so.”

Third, just like Faith, there are going to be a number of individuals who refrained from using recreational marijuana before it became legal in Oregon and began using it once the possibility of criminal prosecution was removed (at least under state law).  In other words, the potential criminal sanctions, rather than the potential employment consequences, have been the reason that some workers have complied with workplace drug policies.  With possession and use decriminalized, employers are going to see more policy violations.

Fourth, now we will turn to your question about treating marijuana like alcohol.  We think you are trying to draw a parallel.  On the one hand, an employee does not violate the policy if he or she drinks alcohol off duty (even to the point of being blotto), provided that the employee does not come to work inebriated.  On the other hand, that same employee would violate the policy if he or she used marijuana off duty, even if the high had worn off by the time the employee reported to work.  Both you and Faith are questioning the fairness in this.

Apply this to Faith’s situation.  She was involved in an automobile accident.  She admits to marijuana use, but claims that she was not impaired.  If Mid-Town Feathers were to have an “impairment” policy for pot, how would you propose to measure that?  Taking Faith’s word for it, even if she is truthful, does not provide an assurance of non-impairment.  Similarly, if you were to interview her and judge for yourself you would not have the kind of accurate assessment that is needed.  Marijuana “may cause disorientation, dizziness, headaches, fatigue, a feeling of intoxication, lightheadedness, and reduced attention.”  There is not a way, currently, to measure whether any of these effects are present in an individual case.

I hope this helps. Good luck and best regards,