Profile
Ben O’Glasser is equally satisfied when he wins at trial as when he helps a client avoid a problem in the first place. He is an experienced litigator with substantial trial experience. He began his career as a prosecutor where he tried over 30 cases to jury. Before he was a lawyer he held a wide variety of jobs and understands the realities of managing a workplace. Today he uses that experience to help our clients avoid and defend lawsuits.

If he hadn’t become a lawyer, Ben might have become a high school civics teacher. From 2007-2014 he was one of the coaches of Lincoln High School’s Constitution Team. The team is annually one of the best in Oregon and won national championships in 2012 and 2014. Now, Ben has turned his attention to volunteering at his children’s school and other area non-profits. Ben is active in the Owen M. Panner American Inn of Court. He has served on its Executive Committee since 2014, including as Membership Chair and Treasurer, and will be the Inn's Vice President for the 2020-2022 term. Ben also serves on the Multnomah Bar Association's Court Liaison Committee. In his remaining spare time, Ben and his family seek out the best places in the Northwest to hike, bike, and run. 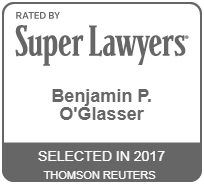