Profile
Liani’s practice includes working with public, private, and nonprofit clients in a variety of contexts. She represents employers in litigation, having resolved hundreds of cases on behalf of employers throughout her legal career.

She works with clients to find the best resolution for each case, which may include a successful dispositive motion or a negotiated settlement before trial. For cases that do go to trial, she is an experienced litigator and is ready to take a case all the way to a jury trial when needed. Liani also provides advice and extensive training to employers on how to comply with their legal responsibilities and work with employers to embrace diversity, equity, and inclusion values in the workplace. She is often hired as an external investigator to conduct investigations into sensitive and high profile matters, including sexual misconduct, ethics violations, and harassment and discrimination. She also conducts investigations under Title IX.

Liani has extensive experience working with public sector clients and continues that practice at Bullard Law. As the former General Counsel to the Oregon Office of the Governor, Liani advised on a wide range of legal issues, including employment, government transparency, First Amendment issues, public safety, and government ethics. She managed all of the Governor’s Office public records requests, the State’s most high profile litigation, and triaged the myriad of legal issues that flow through the Office of the Governor.  She understands the need to balance legal, policy, and public relations interests in decisions involving a highly scrutinized client. She also has an insider’s perspective on the expectations of outside counsel to provide efficient and effective services. Prior to working for the Governor, she spent almost a decade as an Assistant Attorney General and Deputy Chief Trial Counsel for the Oregon Department of Justice Trial Division, primarily handling employment matters. Her clients included state agencies such as the Oregon Department of Corrections, Oregon’s public universities, and the Oregon State Legislature.

Liani devotes significant time to issues involving women and minorities in our community.  Liani served eight years as the Co-Chair of the Oregon Minority Lawyers Association and is former President of the Oregon Asian Pacific American Bar Association. Liani also believes in investing in the next generation of lawyers through mentoring and has mentored numerous law students and lawyers, many of whom come from disadvantaged backgrounds. Since 2003, Willamette University College of Law and Lewis and Clark Law School have recognized Liani for her outstanding mentoring. In 2014, the Willamette University College of Law Asian Pacific American Law Students Association created the “Liani J. Reeves Inspiration Award” in her honor and in recognition of the support she has provided to Oregon law students. In 2015, Liani also received the notable Oregon Women Lawyers Judge Mercedes Deiz Award for her outstanding contribution to promoting minorities in the legal profession and community. In 2019 Liani received the State of Civil Rights Forum Award for “going beyond the call of duty to promote and advocate for civil rights, for all peoples.”

Liani just finished her term as the 2020 President of the Oregon State Bar, becoming the first Asian American and first woman of color to hold that position. Business publications, local, state, national bar organizations, and other groups have recognized Liani for her commitment to the community and Oregon’s business development and growth. In 2010, Liani was selected as a recipient of The Portland Business Journal’s “Forty Under 40” award that annually recognizes the 40 most accomplished, influential, and civic-minded young executives in Portland.  In 2011, the Daily Journal of Commerce tagged her as its “Up & Coming Lawyer of the Year,” and she was selected as one of the National Asian Pacific American Bar Association’s “Best Lawyers Under 40.”

Liani is also dedicated to issues affecting Korean adoptees, as she was adopted from Korea as an infant. She speaks on issues impacting adoptees, including the importance of passing the Adoptee Citizenship Act which closes a gap for adult adoptees who came as children but whose parents failed to properly secure their citizenship. She spent the first twelve years of her life in upstate New York before her parents retired and moved to a small town on the Oregon Coast. 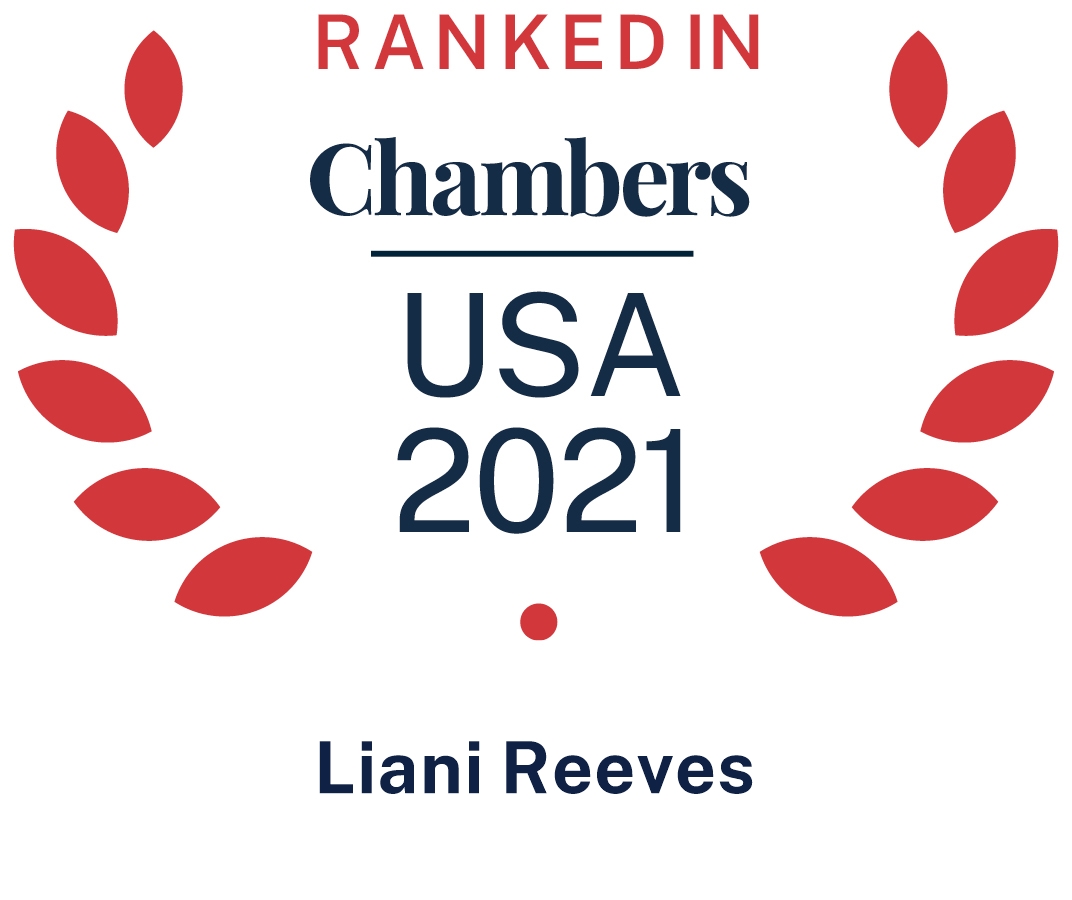